Sometimes the most powerful motivator for positive change is pain. Change often comes on the heels of despair. Pain is frequently preceded by a period of denial of an unwelcome condition. The refusal to look objectively at the situation at hand is usually followed by procrastination and bargaining until finally defeated and crushed by the pain, one surrenders and seeks a better way of life. The motivational pain can be emotional, spiritual, physical, intellectual, social or financial. The healing change begins on the inside and then manifests on the outside. Old ineffective ways must be replaced with new ways that empower and lift an individual to their best self.

I smile as I painlessly type this remembering the intense agony I was in last fall when eczema had taken over parts of my body. My hands were throbbing, swollen, itchy and ugly. It hurt to type or touch anything. I had exhausted Western medical means of using expensive creams and antihistamines and tried numerous Eastern healing modalities all to no avail. But it wasn’t until I felt utterly defeated, and was irritable and embarrassed that I was finally in enough pain to be teachable and willing to change and begin healing. That is when destiny stepped in and I experienced quite an unexpected “ah-ha” moment last November.

My eczema had gotten so bad that gripping the steering wheel was very painful for my hands. I had asked a friend to give me a ride to a birthday party for a mutual friend of ours on the other side of the island. While driving up the Hana Highway my friend looked down at my hands and saw my white cotton gloves. I awkwardly explained that I had developed eczema and my hands were painfully sore. He calmly said “You know you don’t have to suffer like that.” “Really?” I replied. He smiled and told me how he used to have psoriasis so badly all over his body that he looked diseased and felt hopeless. I scanned his smooth hands, arms and face and my jaw dropped open. There was not a sign of psoriasis anywhere. He had my undivided attention. He suggested I read a book called “The Wheat Belly” by Dr. William Davis. It had changed his life. He explained that the gluten in wheat is very difficult for some bodies to digest and process and that it can aggravate some health situations. “In two months, your hands will be better if you eliminate gluten” he said.

The miracle that day is that I actually had an open mind and received the wisdom Mike was sharing. My shield of denial was down and I was ready to listen to someone else who had been in pain like me and had gotten better. My “ah-ha” moment was when I realized I could take responsibility for my condition instead of just being a victim to it. I committed then and there to being gluten-free and have been ever since. My eczema is gone and the quality of my life has improved considerably. The willingness to change happened because I was ready to move out of old ineffective ways of being and into a more powerful approach to life. I invite you to examine your health, relationships, finances and spiritual well-being and see if there is an area you have been avoiding. You too can confront your denial and heal to become your best self. 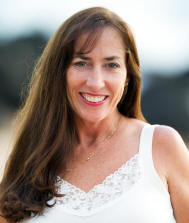 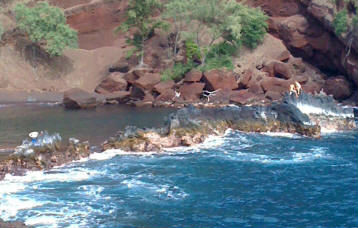 "I am here to help you remember your soul's calling"

Register and Claim Bonus at williamhill.com